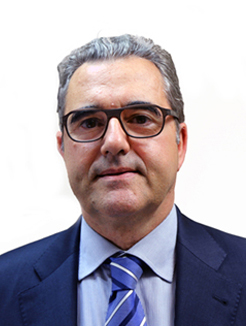 Joan Xirau graduated in Law from the University of Barcelona and holds a master’s degree in Public Management, awarded by ESADE-Ramon Llull. He has held various positions in the Government of Catalonia, the most recent as head of Technical and Regulatory Support in the Directorate-General for Government Modernisation and Innovation.

Within the Catalan Government, he has also been head of the Electronic Processes and Administration Office in the Secretariat of Public Administration and Function (2013-2016), the sectorial secretary of the Secretariat of Relations with Justice Administration(2009-2011), deputy director-general of Personnel Management in the Directorate-General for Public Employees (1995-1999) and head of the office of the Catalan Minister for the Environment Albert Vilalta (1991-1993).

The Parliament of Catalonia ratified Joan Xirau’s appointment as the new Assistant Director of the Anti-Fraud Office on 26 October 2016 and he was appointed by the director with effect from 1 November 2016.

Election of the assistant director

The director of the Anti-Fraud Office of Catalonia, with the prior approval of the Parliamentary Committee on Institutional Affairs, may appoint a person of proven expertise and skills to the post of assistant director, to whom the eligibility and incompatibility conditions applicable to the director shall also apply.